Do you really need Parchment Paper??? 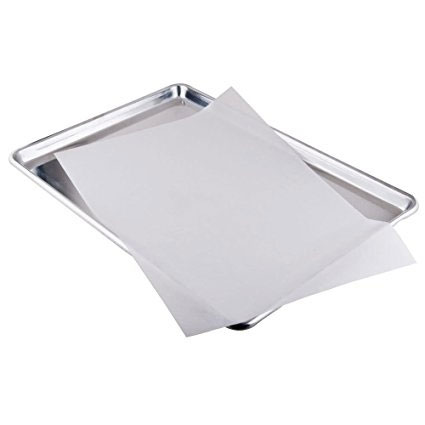 Last weekend, I decided to make my Mom's Apple Pie over on my Afoodieaffair blog, and saw that I was out of Parchment paper. Now, I could have driven over to my office and got some, or gone to the store to buy some for that matter. But I was too lazy, and decided I'd make the pie crust without it.

I made the only pie crust dough I ever make from Cooks Illustrated, and put it into the fridge while I prepared the apple mixture. I always, always, use one of those apple peeler, corer, slicer gadgets. It takes the drudgery out of slicing the apples. etc. I wouldn't make anything apple without it!

Then, I took the dough out of the fridge to roll out. I thought I would use some plastic wrap instead, that would probably work as good...right??? Wrong! Even though I floured before rolling, the dough got stuck to the plastic wrap. I had to scrape it off of the plastic wrap!

Moral of the story...don't even think of rolling out dough without parchment! It's also terrific for baking cookies, or any baked good you don't want to stick.